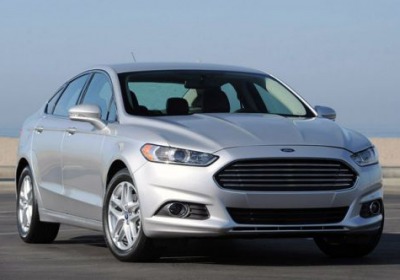 The attractive new 2013 Ford Fusion has done wonders for the brand in the highly competitive midsize sedan segment – the vehicle is up nearly 22 percent compared to last year. But that sales momentum may soon hold steady due to low inventory levels of the new Fusion across the United States.

According to a report in The Detroit News, citing automotive data and Ward's Auto, Ford currently has a 39-day supply of the Fusion. That might sound fine, but a normally healthy average is about a 60-day supply. If Ford were to stop production on the Fusion today, there would only be enough vehicles available to get through another five weeks of sales, according to the News.

Currently, Ford produces the Fusion at its three-shift assembly plant in Hermosillo, Mexico, and will add production at its facility in Flat Rock, MI later this year. A Ford spokesperson told The Detroit News that when Flat Rock production comes online, the automaker will need to rush new stock out to the regions with the most demand for the Fusion. Ford has doubled its coastal retail market share, with huge amounts of growth in areas like Los Angeles, San Francisco and Miami, the News reports.

The Hermosillo plant is capable of producing roughly 300,000 Fusions annually, and Flat Rock should be able to make another 100,000 or so each year. This added production in Michigan – more than 8,000 units each month – would easily allow Ford to catch up to segment-leaders like the Honda Accord, Nissan Altima and Toyota Camry.