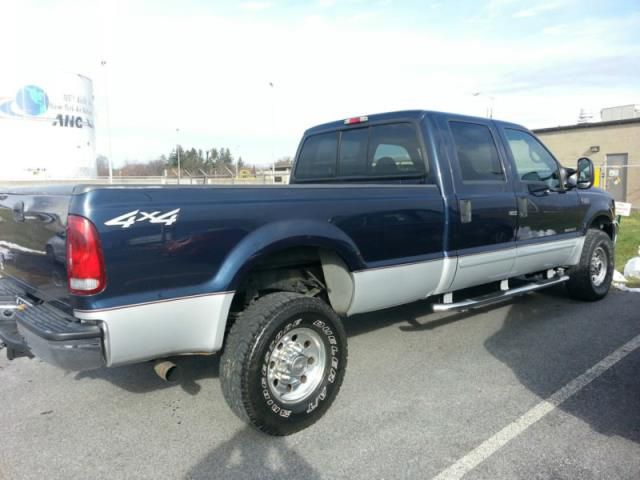 2001 F-350 XLT Super Duty. Only 63,934 miles. 7.3 Turbo Diesel and Auto Transmission. 4x4 manual hubs with 4x4 switch on the dash. Power windows, locks, mirrors, CD player, Air Conditioning, Cruise control. Everything runs and works flawlessly. 8 Foot Long Bed, tow package, bedliner, running boards, premium polished wheels. All stock, no aftermarket parts. Very clean truck, I am the second owner. No issues what so ever. Use it to pull my boat and motorcycles. Never used for work and it shows. Plowed my driveway one season with it, light weight fiberglass plow. Plow not included, just the frame. All stock, no intake or tuner or exhaust or any of that stuff. Interior like new. Pictures show all. No common wheel well rust or cab corner rust. This truck will outlast me, sorry to have to sell. Your chance to pick up this very sought after 7.3, all original, and in excellent shape.