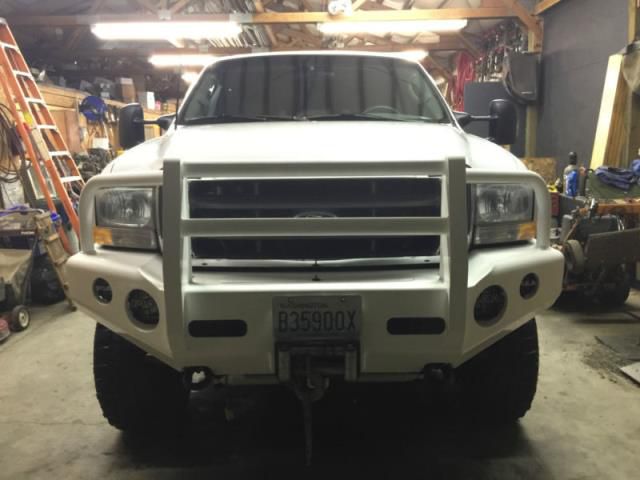 2003 Ford F350 Super Duty FX4 Lariat Automatic Transmission Truck has 137,000+ miles on it. This truck has the 6.0L Diesel that has been bulletproofed at C&N Performance. EGR delete. Basically you're getting a brand new motor with better than factory parts. (8000+ spent on bulletproofing it) The whole motor was done with top quality everything at 120,000 miles. - Gray Leather interior, Power/Heated Seats, Power locks & windows - 6" Lift - Brand New Shocks 2 Front, 2 back, 2 stabilizer on front - 35" Tires with 90% tread - 18" Wheels - Custom Front and Back Buckstop Bumpers (Best on the market) - 2- 6" PIAA lights in front bumper - 2- 3" PIAA Fog lights in front bumper - 2- 4" backup lights in back bumper - 16,500lb Warn Winch (used maybe twice) - Bushwhacker Fender Flares (White) - Rhino Lined Bed - RV Air Bags in rear (Levels the truck for towing) - Custom Bed Slide - Custom Walk-In Canopy - WeatherTech Digital Fit floor mats in front and back seats - Re-Geared to 4:30 I have over 20,000 invested in accessories and the motor.