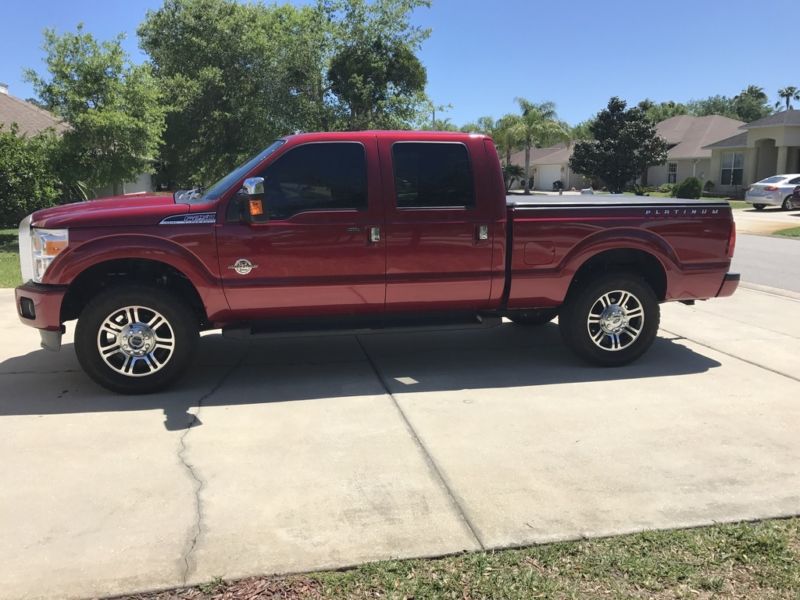 Truck has factory 5th wheel prep package and the gooseneck ball and anchors as well.
20" light bar in the front bumper
toyo 295 AT tires with about 40% life left (these run right about 35" tall new, and truck clears them without lift
or level kit)
Bilstein 5190 reservoir shocks all around
Airlift wireless self adjusting compressor- You set desired pressure through the wireless remote
Firestone air bags in the rear (F250's squat hard with their soft suspension. I was towing my 24' enclosed car
trailer and wanted the truck level while towing, best purchase for this!)
Linex Bedliner- Sprayed in upon delivery of the truck
tonneau cover- truxedo roll up so you don't lose any bed space
Bed LED lights
Backup Lights (all lights are wired to upfitter switches
Weathertech mats front and rear
King ranch lit running boards instead of the standard f250 running boards