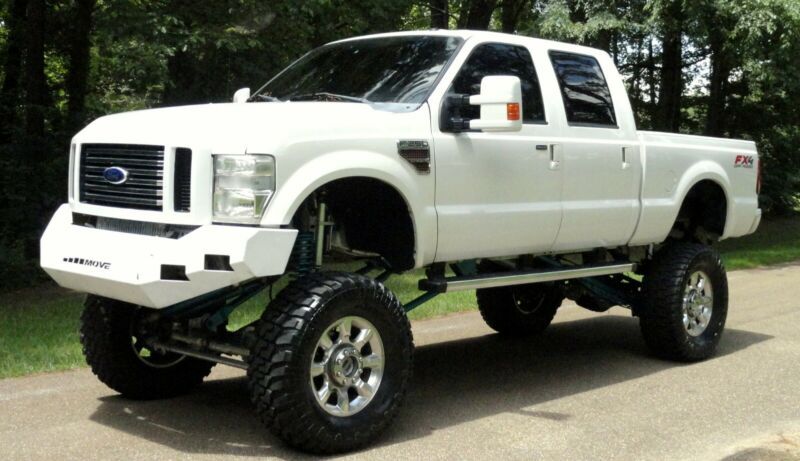 The lift is from Bullet proof Suspension with Icon rezzie shocks, Atlas leafs, Fox Steering
dampers, and Rear Differential Truss. All of the suspension components have been powder coated as well as the
suspension springs. When the truck went the mass over haul the entire truck was removed from the frame and the
frame was professionally painted a silver color called white gold. The entire truck was repainted a white diamond
color which has alot of pearl. The truck gets CONSTANT attention. People want to take pictures every time you stop. Again the photos don't
show what 16" of suspension lift is. Tires are great.. There is no TIRE NOISE OR HUMMING while driving the truck.
All the ball joints, steering components etc are tight. Other than the fact your WAY up in the air it drives like a
normal truck.
Truck has been adult owned and NOT smoked in. I have rarely even used the backseat. Maybe a handful of times.
The truck is a lariat so it has: Back up Camera, Park Assist, Tailgate Step, Power windows, locks, keyless entry,
Power Mirrors, CD 6 disc Player, Steering wheel controls, Power Adjusting Pedals, Power Sliding back glass, as
well as heated seats.