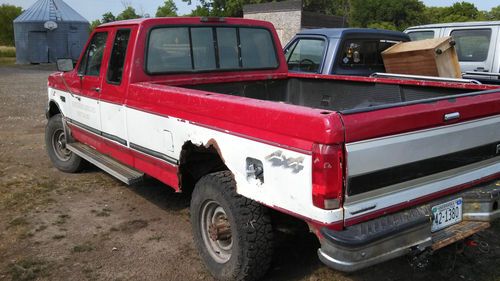 I bought a bigger truck and don't need this one anymore other then it looks pretty ruff and inside is pretty dirty it is a good reliable truck and will pull a good size load I think it has a 1 ton axel under the rear but not positive on that I just no I just bought a 1 ton crew cab and it looks the same as the axel under it tires are good and it has the factory air all still their just don't blow cold air might need some work on that but heat works great is has the 460 motor not the best on gas but runs good and it has lock out for the four wheel drive that work fine.  so if you don't care about looks this is a good truck.