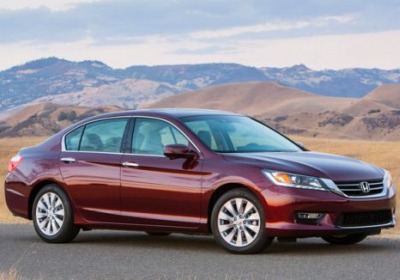 Forgive us for having the distinct feeling of déjà vu, but it certainly feels like we've been here before. By that we are referring Car and Driver and the announcement of its annual 10Best vehicles for 2013. To be sure, it's an impressive selection of cars that combine heart-pounding performance and frugal sensibilities, but it also represents something of a broken record on the part of C/D. We're not so sure that's a flaw, though, as the resulting list is tough to argue with.

Vehicles like the Ford Mustang, Porsche Boxster, and BMW 3 Series have maintained their high-horsepower spots on this list for several years now. Even on the more practical and nimble end, the Honda Accord, Honda Fit and Mazda Miata have not budged. These continued spots are even in light of redesigns for some vehicles such as the Accord, Boxster and 3 Series.

In fact, the only newcomer to the 10Best list this year are the Scion FR-S/Subaru BRZ twins, which knocked out the Cadillac CTS-V. We think it would have been a huge misstep to have excluded the FR-S/BRZ, even in light of the supercharged Caddy's lamentable departure from 10Best.

Without further ado, here are 2012 Car and Driver 10Best winners:

After perusing our gallery of the winners, bounce on over to Car and Driver to check out the full 10Best roundup, along with a collection of videos on each car. Be sure to let us know in Comments what you think of this year's list!