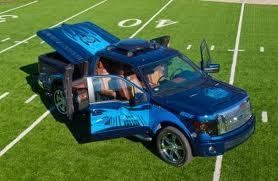 To see a video and get a better idea of this vehicle, follow the link below: