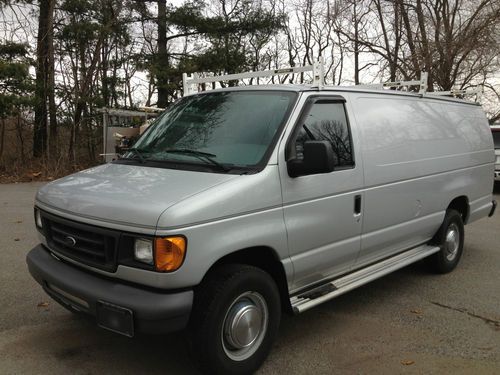 Hello & welcome to my auction,your viewing a 2006 Ford E-350 super duty caro van,it has 42k org miles on it.. The van is owned by my Dad who has been a plumber for over 30yrs & now its time to down size.. This was a 2nd truck for him & most of the time it sat in the shop...He put brakes & rotors on it less than 5k miles ago. It has running boards on it,along w/ roof racks & inside it has shelves & bulkhead..the truck has no rust on it & runs & drives perfectly..please if your local come check it out for yourself & if you have any questions plese call 219*689*9097...thankyou