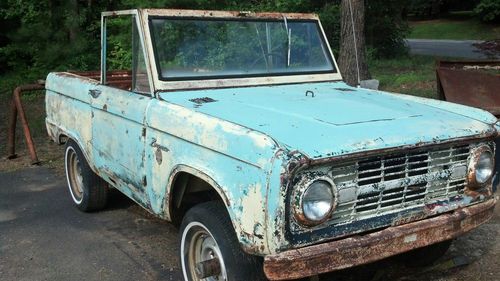 Original Ford Bronco Roadster vin# U13FL766555.  This Bronco is a great project with only 4,090 made in 1966.  This is a project and will need a full restoration!  Bronco does not run but looks to have all the original components except for the air cleaner.  Clean title in hand!