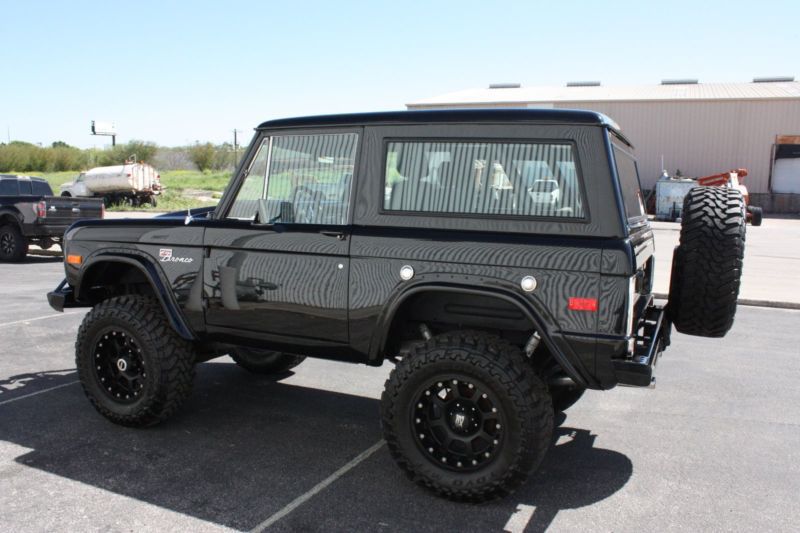 For more pictures email at: jaimeejaautaubo@clubmclaren.com .

1974 FORD BRONCO.
IT HAS BEEN COMPLETELY REBULIT FROM THE FRAME UP.
THIS IS ONE OF THE NICEST BRONCO'S I HAVE EVER SEEN.
IT HAS A STRONG 350HP 302 WITH LONG TUBE HEADERS AUTO C4 TRANS.
IT HAS VINTAGE A/C THAT BLOWS COLD.
IT HAS FOLD AND TUMBLE HIGH BACK FRONT SEATS AND MATCHING REAR SEAT.
THE BRONCO ALSO HAS CUSTOM STEREO DONE RIGHT.
THE BRONCO HAS A BRAND NEW SET OF XD WHEELS AND TOYO TIRES
TIRES ARE 35X12.50X18 WITH A FULL SIZE SPARE.
CUTOM FRONT AND REAR BUMPERS AND NEW 12,000LB WINCH
CUSTOM HEAD LINER
CUSTOM ROLL CAGE
THE LIST GOES ON AND ON!!!