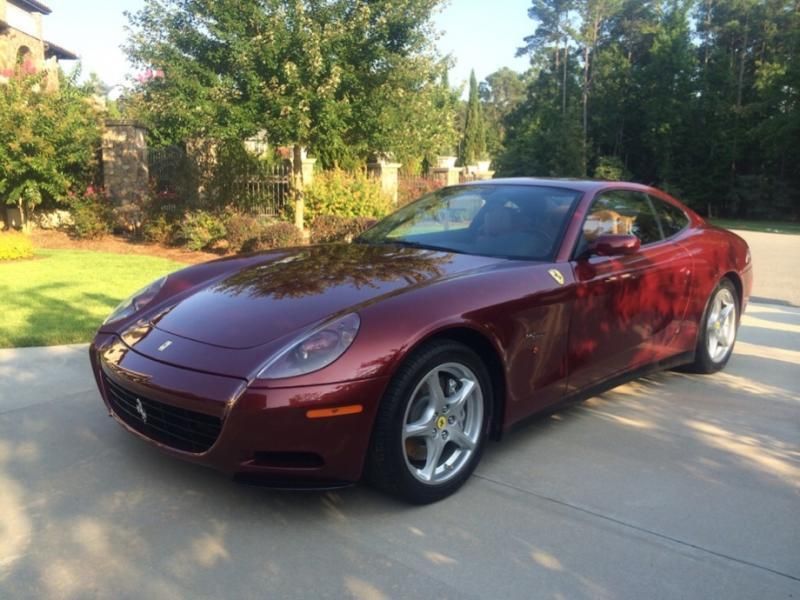 Nicest 612 Scaglietti on the market! Immaculate 2005 Ferrari 612 Scaglietti in Rubino Micalizzato over Cuoio
leather. Has factory original Scuderia Shields, which was a very rare option on early 612s. 2 owners (purchased
from original selling dealership as Ferrari Approved Certified Pre-Owned vehicle), 4,400 miles, entirely original
paint (verified by paint thickness gauge), and virtually new. Major service completed to include replacing timing
belts, tensioner, and all fluids. Car is 100% ready to go. No cosmetic wear, stored in climate controlled garage,
and original down to the tires (with no cracking). No leather shrinkage or interior wear. Comes with three grilles
including the original, a factory original solid black grille, and a brand new original grille. Fully documented
to include window sticker and all records since delivery date. Car has always been regularly maintained with all
cambelt changes occurring at regular intervals and annual fluid changes.