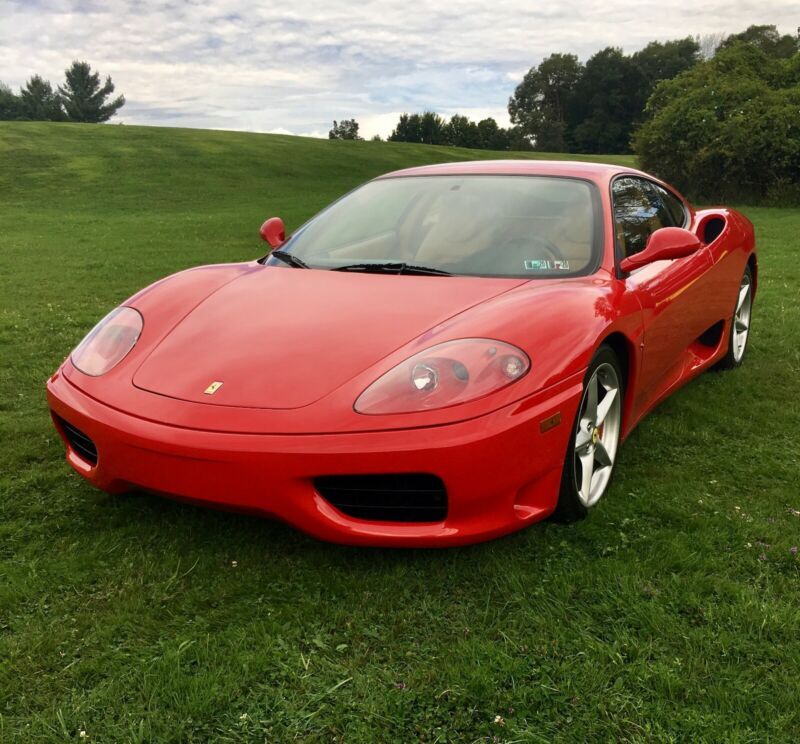 THIS 360 MODENA IS A SOLID DRIVER AND IS MECHANICALLY SOUND. IT IS A RARE FIND WITH THE MILES, COLOR,
AND DAYTONA SEATS WITH RED INSERTS. "WHAT A LOOKER!" THE SEATS ARE LIKE NEW AS YOU CAN SEE IN THE PICTURES.

Although the vast majority of eyeballs were tuned to the madness at Barrett-Jackson this past weekend, that televised car auction wasn't the only high-dollar game in Arizona. RM Auctions brought its usual gaggle of exotic wares to the desert, and the car that came out on top sold for much more than Barrett-Jackson's highest sale, the Batmobile.
Coming out on top at RM last weekend was Lot 164, a 1960 Ferrari 250 GT SWB Berlinetta 'Competizione' that sold for a massive $8,140,000 - the buyer could've nearly bought two Barris Batmobiles for that chunk of change. Lot 122, a 1967 Shelby 427 'Semi-Competition' Cobra, stood at $2,007,500 in second place, just in front of Lot 145, a 1967 Ferrari 275 GTB/4, which sold for $1,842,500.
After all said and done, RM reported $36.4 million in sales. That's a record for RM in Arizona, even though the total number of lots for 2013 was reduced significantly. Eight machines cracked the million-dollar mark, and you can see all of them in the press release right down below or peruse all of the auction results here. But first, be sure to scroll through our high-res image gallery of live photos above.