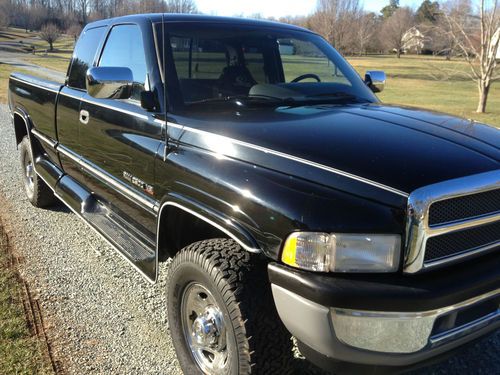 This is a very nice Truck it  runs and drives great.   The tires are new BFG all terrain.  The truck doesn't burn oil.   It also comes with a fifth wheel ball for pulling a horse or cattle trailer.   The truck does have some small dents and dings.  I do not have a tailgate for the truck the driver seat is tore  and dash needs a replacement cap.  I have new seat covers and floor mats for the truck.  I also have a full rubber molded floor for it as well.