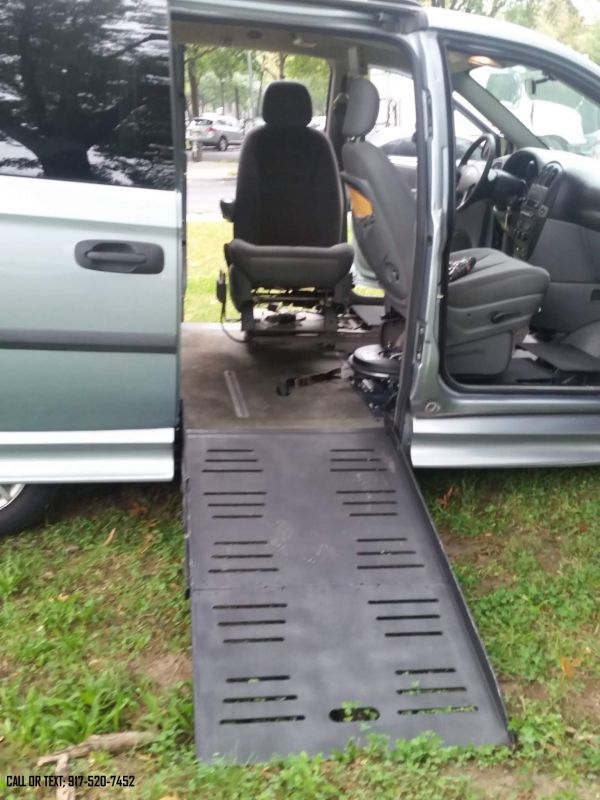 The door and ramp operate from switches in the vehicle or by remote control. The van comes with removable front seats and driver seats it has restraint systems to secure and accommodate wheelchair