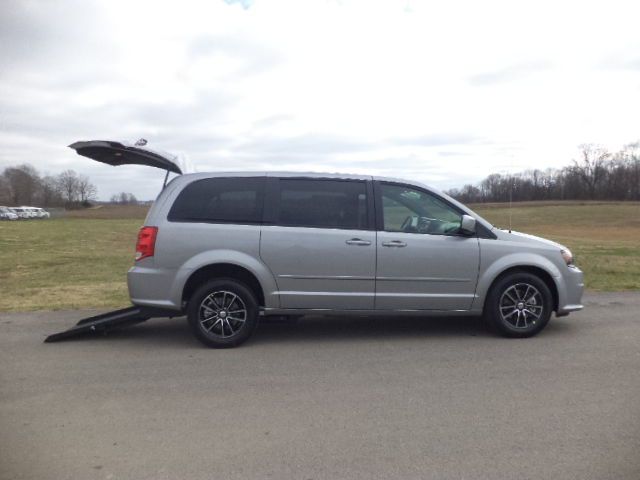 For more details email me at: andyaaarizzi@ukcampers.com .

UP FOR SALE IS A NEW 2017 DODGE GRAND CARAVAN SXT BLACKTOP PACKAGE WHEELCHAIR HANDICAP RAMP VAN. HAS LEATHER,
BACKUP CAMERA NAVIGATION AND MORE. POWER DOORS AND HATCH HAS REAR AC AND HEAT. THIS VAN HAS THE LOWERED FLOOR ATS
ADVANTAGE RE-L REAR ENTRY WHEELCHAIR CONVERSION.HAS REAR AC. ONLY 10 MILES THE VAN HAS THE MANUAL, DUAL LOCKING,
NON-SKID, ADA COMPLIANT RAMP WITH THE DUAL PISTON SHOCK ASSIST SYSTEM. THE RAMP STOWS AND DEPLOYS WITH EASE AND IS
34" WIDE. THE VAN COMES WITH ONE COMPLETE Q'STRAINT WHEELCHAIR RESTRAINT SYSTEM THAT INCLUDES 4 RETRACTABLE
WHEELCHAIR STRAPS AND FULL WHEELCHAIR HARNESS - EVERYTHING NEEDED TO TRANSPORT ONE WHEELCHAIR OR SCOOTER IS
INCLUDED WITH THIS SALE. THIS VAN CAN TRANSPORT TWO WHEELCHAIRS BY ADDING ANOTHER Q'STRAINT SYSTEM AT AN ADDITIONAL
COST TO BUYER. THIS NEW VAN IS UNDER THE FULL DODGE WARRANTY. THE CONVERSION HAS THE ATS MOBILITY 3-YEAR WARRANTY.
THE INTERIOR IS IN NEW CONDITION. THE EXTERIOR IS IN NEW CONDITION. THE VAN IS READY TO GO.