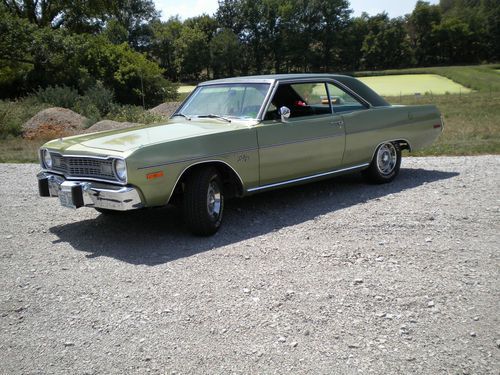 This is a classic car.  1973 Dodge Dart Swinger with a  318 V8 Engine, price  $10,500.00.  Two door with vinyl top, automatic transmission 24,000 original miles.  We are the 3 owner, this car is in excellent condition with PB, PS, AM radio, factory air and seatbelts.  Chrome bumpers, no dents or scratches on body - rust free.  Always garaged - Rally wheels and new tires, but also have the original wheels, tires and hubcaps.  This car has duel exhaust.  This car has vinyl top, headliner, dashboard and seats perfect shape, except a small cut on door panel drivers side.  We have the original dealer price sticker.