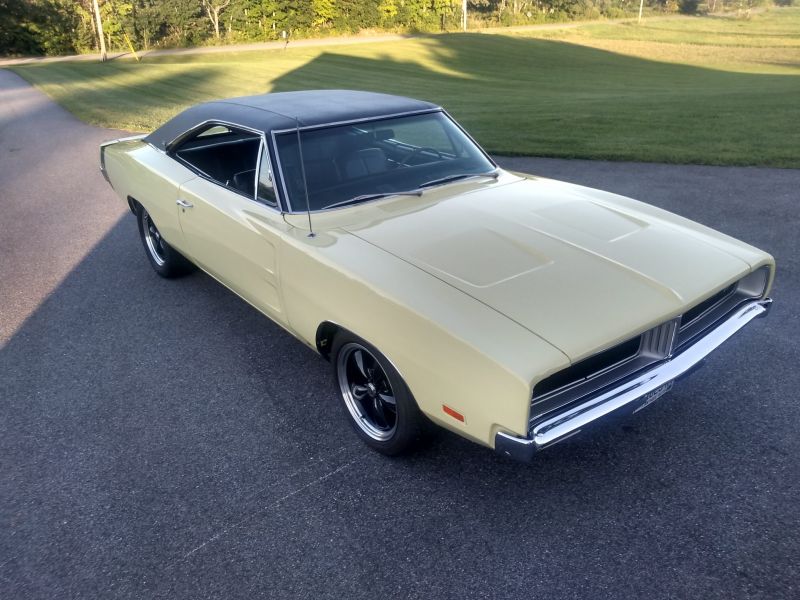 For further questions email me : ritaharper875@gmail.com This 1969 Dodge Charger underwent a subsequent refurbishment that included refinishing the exterior in yellow with black stripes and a black vinyl roof, replacing the interior, and installation of a 446ci V8 and three-speed automatic transmission. Additional equipment includes a Sure Grip rear end, American Racing wheels, coilover suspension, disc brakes with Wilwood calipers, and more .