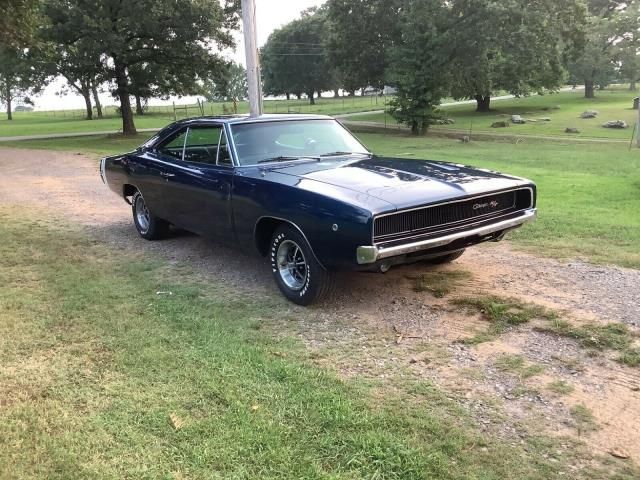 eMail me for more details : ortizzens@mailo.com I am selling a 1968 Dodge Charger R/T. This is a REAL R/T and not a clone.
The NUMBERS MATCHING Engine is still in place but the transmission was swapped sometime in the cars life.
The original fender tag, VIN plate, core support stamping and trunk lip stamping are all original and correct for this car.
The engine has been cammed up and sounds really mean and also it has a deep oil pan and headers from back in the day.
The brakes are new and we upgraded the fronts to the A body style. I have the original Bendix 4 piston setup and it will go with the car.