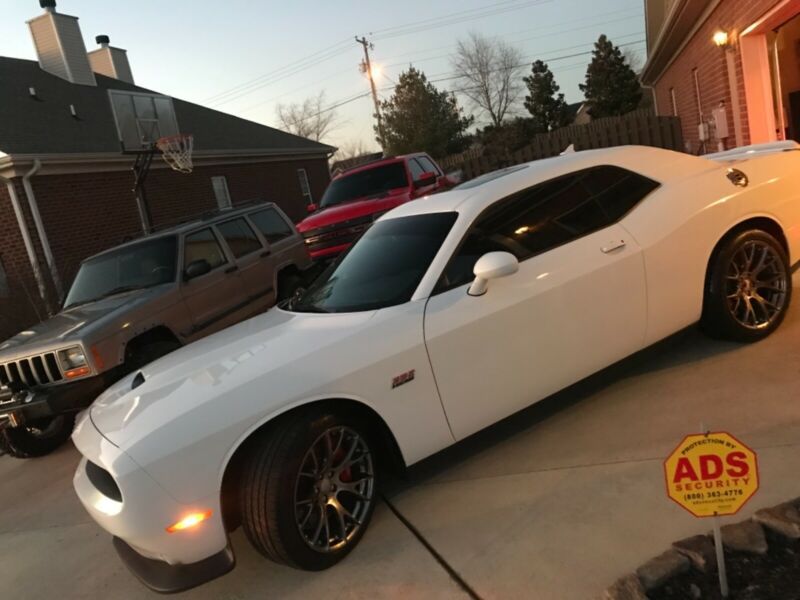 THIS IS A ONE OWNER ONE OF KIND FULLY LOADED EVERY OPTION 2016 DODGE CHALLENGER SRT 6.4 392.
This car has every option that the car can come equipped with. It is 100% STOCK
never raced. The car has 45,159 miles. CAR HAS TWO FLAWS. The driver window has some light purse scratches in the
window tint and the front windshield has a small rock peck that hasn't spread so I haven't fixed. The Michelin
tires are probably 50 to 60% tread life. OPTIONS PREMIUM LAGUNA LEATHER SRT SEATS, UPGRADED SRT BREMBO LARGE PISTON
BRAKES, HARMAN KARDON STEREO HEATED AND COOLED SEATS,NAVIGATION, SUNROOF, ADAPTIVE CRUISE CONTROL, AUTOMATIC HIGH
BEAMS, RAIN SENSE AUTO WINDSHIELD WIPERS, FORWARD COLLISION AVOIDANCE, REMOTE START MANY MORE. NADA