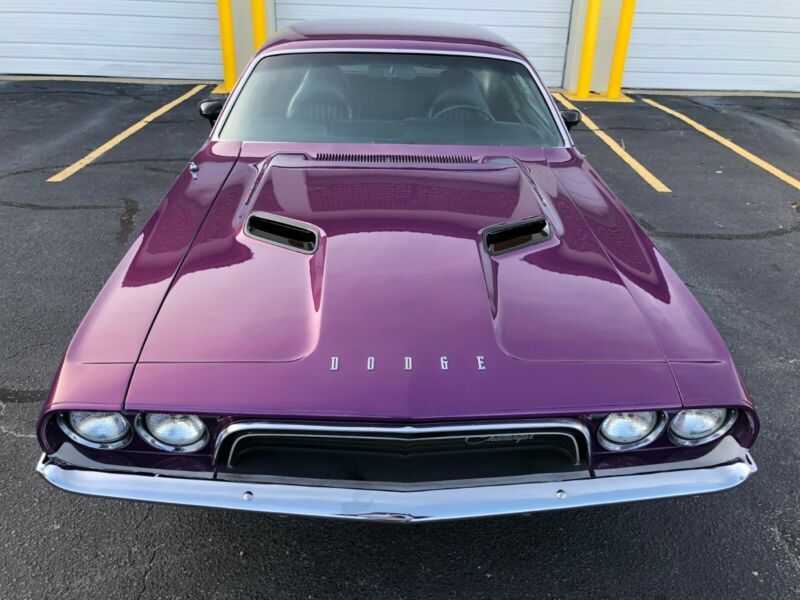 1973 Dodge Challenger 340 4 Speed Pistol Grip Shifter . This car is a beautiful Plum Crazy with a black interior no
expense was spared on this fully documented car. Restoration was complete approx 18 months ago and the car is still
in excellent shape. Approximately 3400 miles have been driven since restoration was completed. If you are looking
for a great Mopar that runs and drives great this is it.