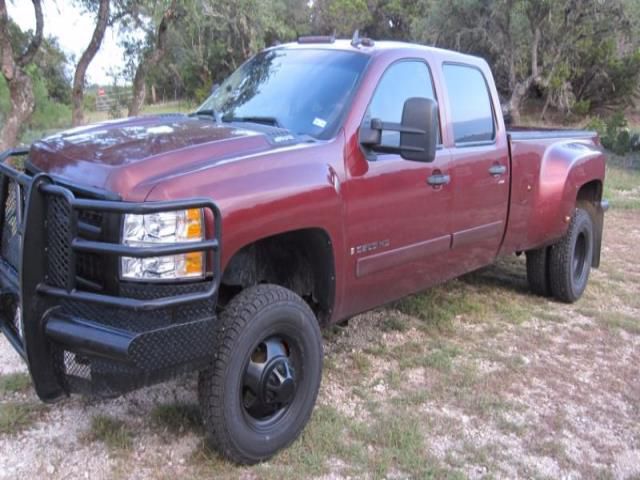 2008 Chevy Silverado 3500 Hd Lt Crew Cab Long Bed. The 6.6 Litre Engine HasApproximately 135,000 To Support) The Engine Was ReplacedWith A Lower Mileage Complete Engine And Parts, So All Parts (meaning Turbo,Injectors Etc. Are Lower Mileage Parts That Came With The Engine. The Truck BodyCurrently Has 275,639 Miles On It. The Trucks Interior Is In Great Condition.The Body, Bed And Tailgate Have Dents (see Pics) But I Have A New Bed AndTailgate That I Will Install If Buyer Wants It. The Previous Owner Drilled 4Holes In The Roof For A Light Bar But Since Then Have Been Sealed But Are StillVisible (see Pics). The Following Repairs And Maintenance Has Been Done In TheLast 1,500 Miles. All New Cooper Tires New Moog Front Wheel Hubs And BearingsNew Front Brake Pads Moog Ball Joints Moog Control Arm Bushings Steering DamperMoog Inner And Outer Tie Rods With Alignment Steering Gear Box Moog Idler ArmAnd Pitman Arm Moog Idler Arm Hoses With Pumpstraight Pipe Exhaustegr Deletestarter Race PiperebuiltStage 3 Allison Transmission7 Hp Tune From Idaho Roballison Transmission Filters
CONTACT ME AT : CristalHaffeywsij@yahoo.com