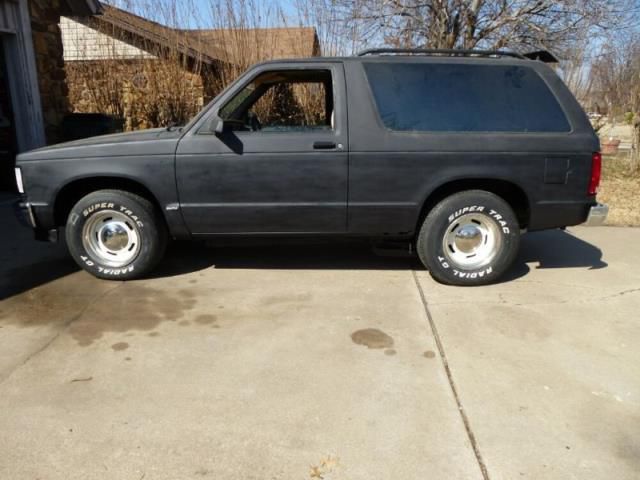 This little blazer has spent the last two years in my garage while I have been refinishing it. A new project has taken its place in the garage and I am not sure when I can get back to it so it is time to let the next person make it into their dream Hot Rod. This would make either a great Street Rod, Daily Driver, Sleeper, or Drag Strip truck. The truck does run, drive, and stop, but I have not registered it. It has a clear title from Tennessee. Title states 157,000 miles. The brakes are weak, and the front end needs rebuilt. All of the parts are included to do this, see the list of them below. It will drive onto a trailer to be shipped, the most I have driven it is around the block and in and out of the garage. It would advise against trying to drive this more than a couple miles until it has been gone through, and preferably all the new front end parts have been installed. The interior is in good shape. It could use new carpet, but what is in it is serviceable. The seats are nice. The rear seat folds down as it should.