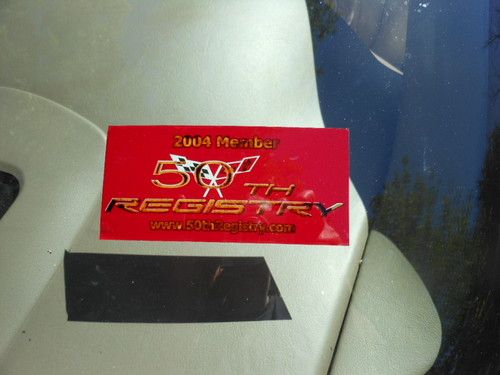 Condition: UsedA vehicle is considered used if it has been registered and issued a title. Used vehicles have had at least one previous owner. The condition of the exterior, interior and engine can vary depending on the vehicle's history. See the seller's listing for full details and description of any imperfections.Seller Notes:"two minor scratches to body. 1/4" area of wear to drivers seat."

All original including advertising and tape at time of sale
Original owner
Vehicle purchased from Chev. dealer in Billings Montana who purchased it from dealer in South Dakota
Cash sale. Title clear.
Buyer pick up