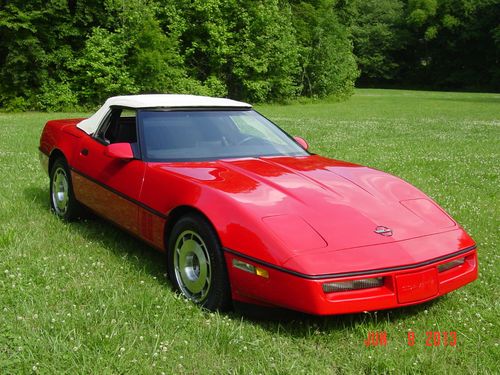 Condition: UsedA vehicle is considered used if it has been registered and issued a title. Used vehicles have had at least one previous owner. The condition of the exterior, interior and engine can vary depending on the vehicle's history. See the seller's listing for full details and description of any imperfections.Seller Notes:"Like New"

Red exterior with a white convertible top. Interior is grey leather. Car has 22k miles. 4 speed manual transmission and new tires. All original except exhaust. It has magna flo stainless steel exhaust. I have all documentation since day of purchase. Car is in prestine condition. Always garaged.