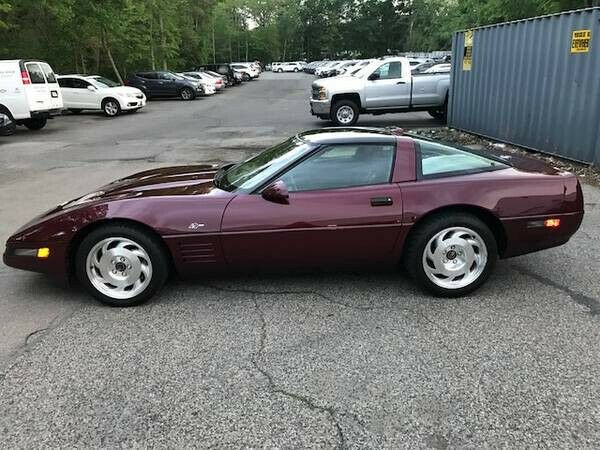 Only 21k carefully maintained miles. All numbers matching LT5 405hp/6-speed. This car is absolutely beautiful. 2
owners, fully documented with all paperwork, both removable tops, and 100% stock. Has newer Nitto tires but still
have the original Goodyear tires. No accidents and original paint -