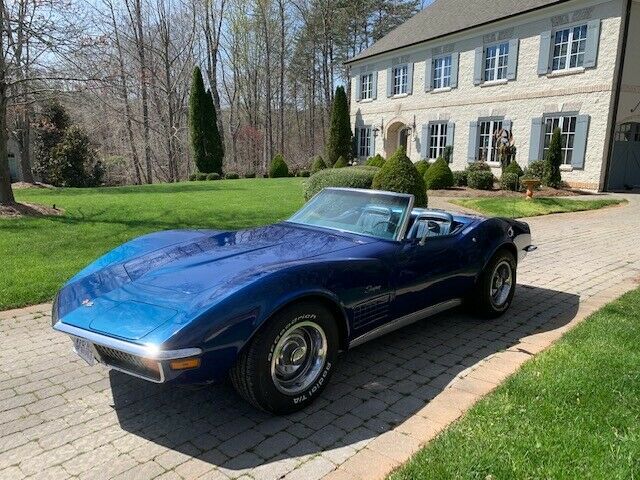 1972 Corvette Survivor With 59,800 Documented Miles All Matching Numbers Car With Original 350 numbers matching
Engine. I purchased this Corvette about 10 years ago with less than 53,000 Miles on the car . I have driven it only
adding another Approx 9000 miles on it . Very Dependable and Runs great . I only had to change oil along and one
spark plug change since I owned it . Interior is all original and never been touched that shows normal use . Door
panels have some cracking but are the originals . Original Convertible top also. Its had one repaint in the early
1980's and looks real good with some normal wear and a few scratches but great looking overall . I also have the
original Protecto Plate ..Build sheet , original owners manual & Sales brochure ..