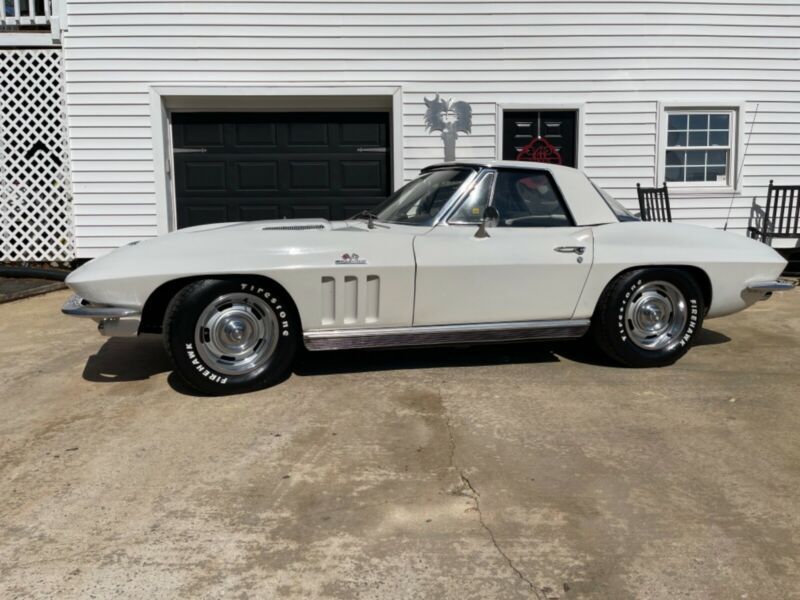 1966 Chevrolet Corvette Convertible 427 Big Block car with 4 speed. Car is a Non Matching Number 427 L35 427/390
car.. Car is about 95% original with only touch ups on the paint. Never been wrecked no rust on the frame. It runs and drives great. It’s got Power Steering, Power Brakes, Front Disc, Hard Top, Extra Set of Knockoff Wheels and Tires. Paints shines great but shows wear. Interior is clean. The
clock even works. Starts right up and drive it home.