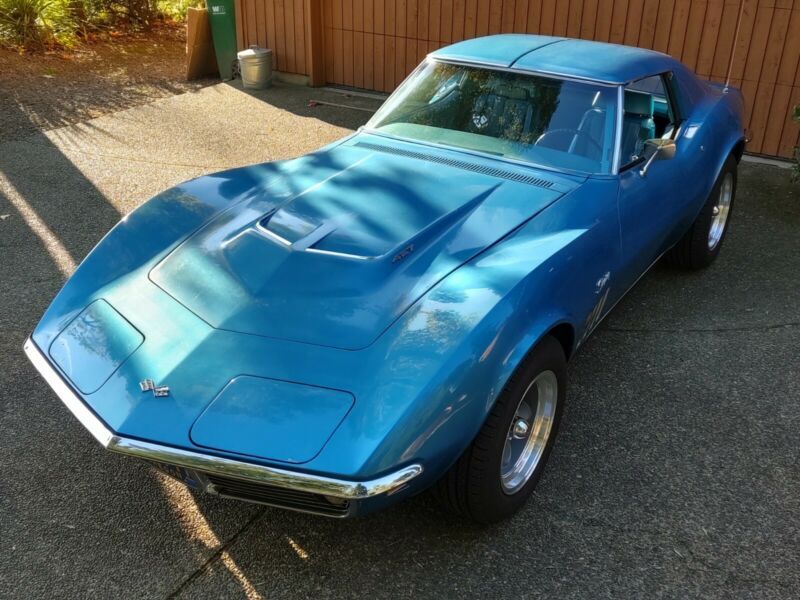 In 1969, this corvette was sold at Lyman Slack Motors on Sandy Blvd. in Portland, Oregon. Today, it is sitting in
a nice clean organized garage just a few miles away with just under 107,000 original miles. Its never been abused,
stored in a barn, or neglected.

The car was ordered with Transistorized Ignition, a Close Ratio 4 speed, positraction, and, I happen to think, in the best color - Lemans Blue, and the ultra cool 427.