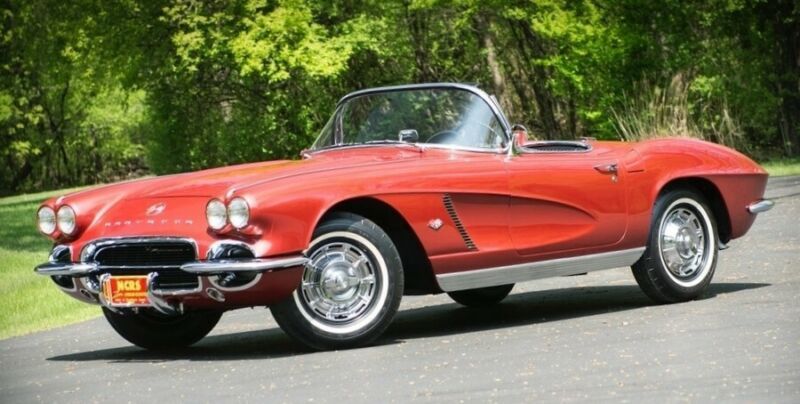 This 1962 Vette presents in excellent condition, but perhaps more importantly, is the way it would look when it
rolled out of the factory.
It was assembled at the St.Louis , MO plant.
It was then sold new at Courtesy Chevrolet in sun soaked LA
Its equipped with the very desirable 340 Horsepower , 327 ci V8.
The exterior is painted Honduras Maroon paint and complemented with Black trim and a Black Convertible Top.

Everything on this Vette works well and it drives just like you would expect.
With that high powered engine - once those solid lifters fire up , it hums just like a well oiled machine and is
very peppy.
Well trained ears will detect it rumbling a mile away.

All told, this Chevy has it all.
For further proof: Zora Duntov's ( AKA the Father of the Corvette)
signature can be found just behind the chromed air cleaner.