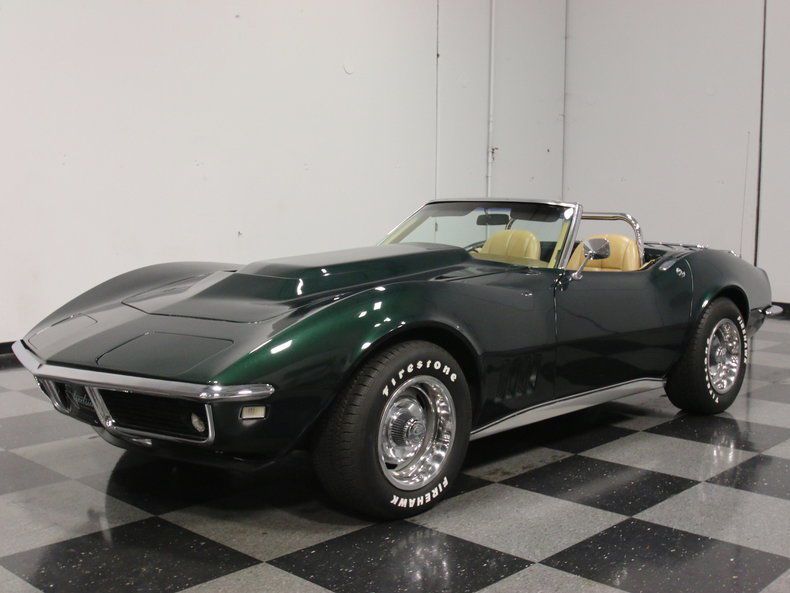 If you have more questions or want more details please email : philomenaschmied@juno.com .

This '68 Vette came from a private collection in California where the previous owner spent a great amount of time
and expense upgrading the engine, drivetrain, interior, exhaust, etc. Although it cannot be confirmed, the mileage
shown of