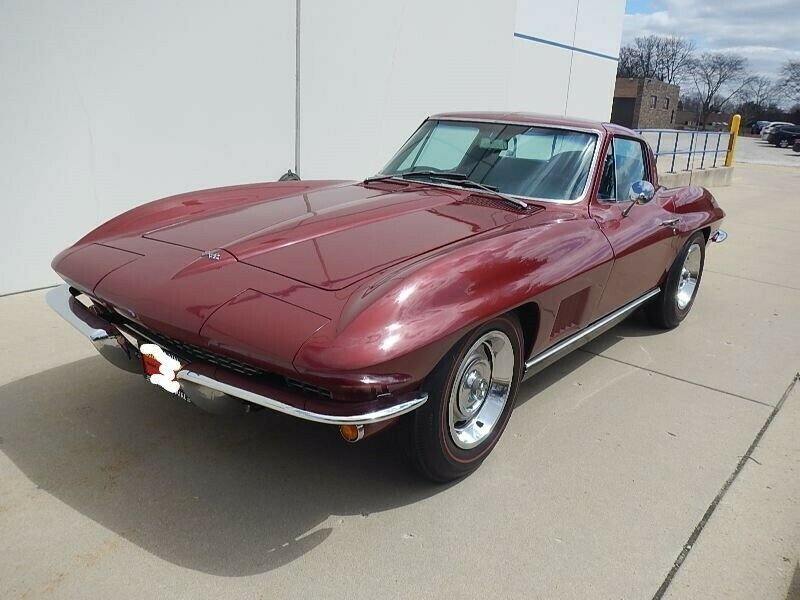 The body has not been hit, the frame is excellent with many original parts and factory markings.

It had one lacquer repaint that is probably 40 years old.

The paint and chrome look very good but are showing some age.

This is a Mid-Year Corvette that is a time capsule.