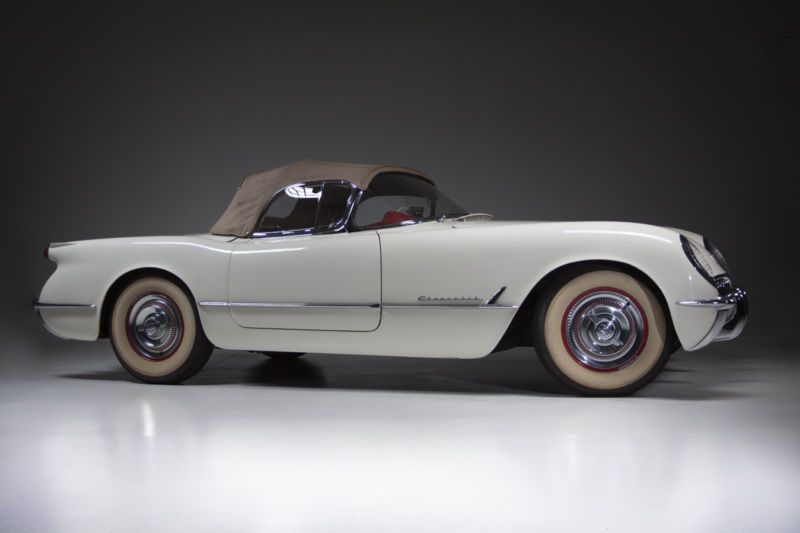 If you have any questions please email at: altagraciaassperos@rpgfans.com .

Extremely rare 1954 Corvette convertible! Powered by an original Blue Flame Six engine, triple carbs and
Powerglide automatic transmission, makes this a spectacular car. A two seater, fiberglass sports car, finished in
a Polo White exterior and red vinyl interior. One of only 3,640 1954 Corvettes produced in 1954, makes this a
must have for classic car enthusiasts or for someone looking at a great investment! Appears to be all original.