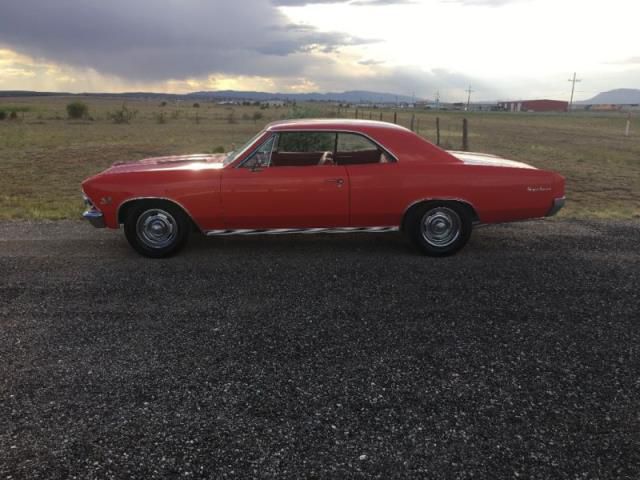 1966 chevelle ss396, car is a real ss due to the 138 vin, originally a 4 speed car still has the clutch pedal inside the car. The chevelle now has a th400 the engine is a 1973 car block 454 with 1971 402 heads, expel rock intake manifold and a Holley 750 vacuum secondary, accel hei distributor with msd wires, engine is fresh and currently has royal purple breakin oil. New radiator from Napa auto parts, and a hurst shifter. The service brakes are good 12 bolt rear with 3.73:1 gears. Brand new radial tires on rally wheels the chevelle drives very nicely new shocks, has new interior and a new headliner kit installed, I also have the original 4 speed console not installed do to the automatic shifter. This car is a very nice driver that turns heads everywhere it goes.
Thank you for looking and let me know if you have any questions : barneydallas8@yahoo.com