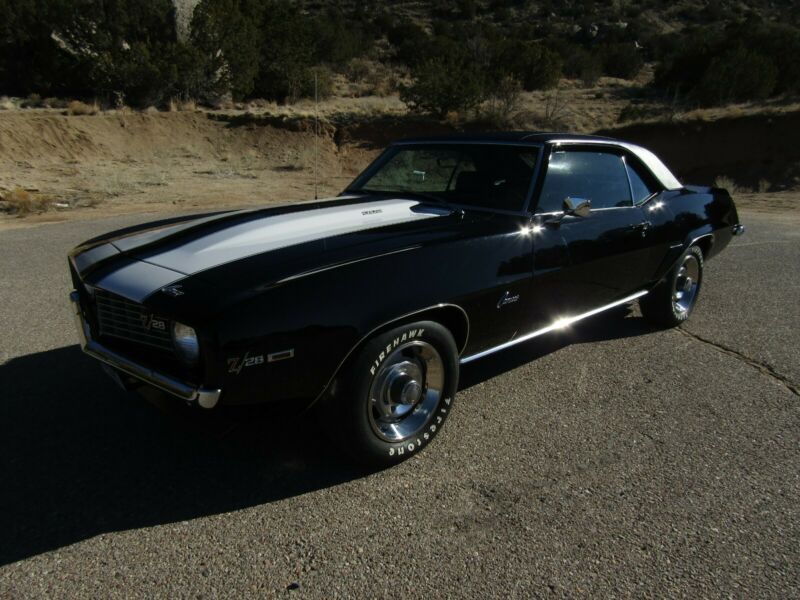 1969 Camaro Z28 X77D80 Trim 302cu in solid lifter, M21 4speed , 12 bolt diff, triple black houndstooth interior.
Pics do not do this car justice better in person excellent condition and driven rarely 3,675 miles since
restoration and recently replaced all glass and brake booster. No mechanical issues as even the clock works and
drives amazing recently won best muscle car award at local car show. DZ stamp on block was removed at one time due
to block being decked, current casting # 3956618 good for 302. The M21 trans is original to car as is the rear
axle. Car is equipped with a period correct Holley DZ 780 cfm carb, chambered exhaust system, correct balancer,
deep groove pulleys correct 202 heads and winters intake manifold. Paint is show quality and not many black Z28
cars available, car can be driven anywhere and has power to spare.