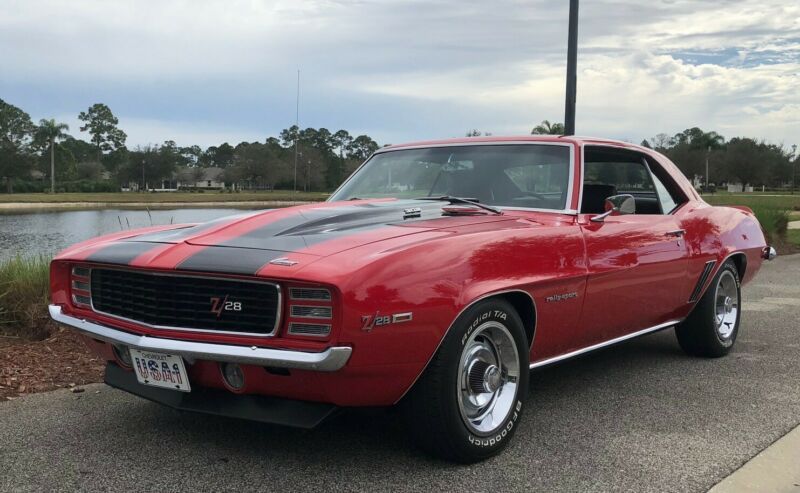 It is not a numbers matching car but does have a correct date coded DZ motor (V0624 DZ), an M-20 4-speed and a GM 12 bolt 4:10 rear end. The car was fully restored, and the motor and transmission were rebuilt at the time of the restoration. The engine was built to run on modern
unleaded fuel. The engine starts easily, runs very well and has ample power and has no issues. The transmission
shifts well and has no issues. The car was originally Frost Green with a green vinyl top and standard green
interior. Professionally painted with GM Bright Red base clear, and black stripes during the restoration. The paint
was wet sanded and buffed. The car has a complete black deluxe interior. All gauges work including the speedometer,
tachometer, battery, temperature, fuel, oil. The car still has its original quarter panels . There are patch panels
around the wheel wells and patches on the floor pans. During restoration, new-old-stock front fenders and a new
trunk pan and tail panel were installed.I believe this Camaro is a very nice car and you will not be disappointed.
It attracts a lot of attention everywhere it goes. The car has approx. 4,000 miles since being restored, mostly
driven to shows and cruise nights.