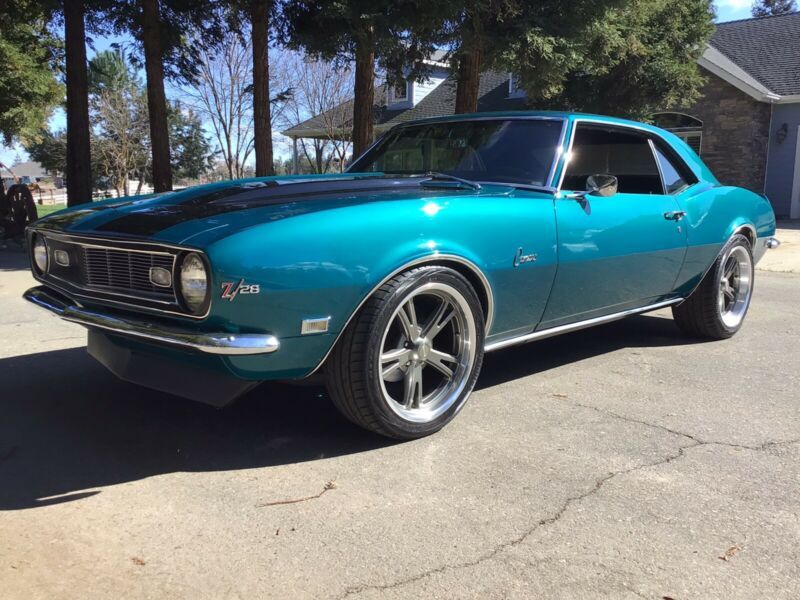 This 1968 Chevrolet Camaro is a modified vehicle with updates to the exterior and drivetrain.
Authentic Z28 Camaro, original 302 engine was removed for preservation and is on an engine stand that is included
in sale, the current engine is a high dollar stroker motor pushing over 450 HP! This car has a 12 bolt
differential,Muncie 4 speed, all wheel disc brakes, competition clutch new exhaust system,brand new tires and
wheels, re- chromed bumpers,deluxe new interior all original virgin sheet metal,and many other upgrades. This
Camaro is precisely what you would expect, very fast, extremely fun to drive,comfortable,and a real head turner,
and it’s reasonably priced, thanks for checking her out!