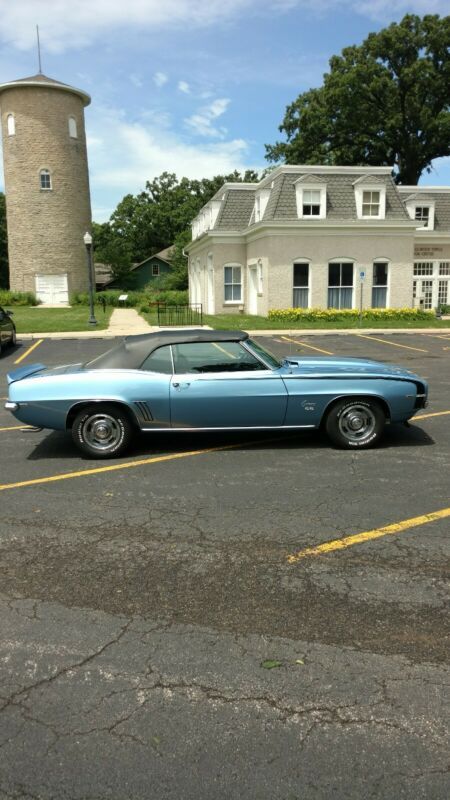 Up for sale is my '69 Camaro SS convertible X-55.It is an
older frame off restoration, started in 1998 and finished in 2004. The condition of this vehicle on a scale of 1 to
10 is a solid 8. Options include: 300 horsepower 350, turbo 350 automatic transmission, and a 3:31 posi-traction 12
bolt. Engine, transmission and rear axle are numbers matching originals. Factory cowl induction (not added, very
rare on an SS non-pace car), Factory rear defrost which is also very rare in convertible form, deluxe interior
(mostly still original, showing some wear), power top (cylinders re sealed last year), factory air conditioning
which still has R-12 and blows cold, AM/FM w/ 2 speakers (dash and 1 in top well), Tach and gauges, console, clock,
remote drivers mirror, tilt steering, auxiliary lighting package (under hood light and trunk light), bumper guards
(did not install front ones, would have to look but probably still have original ones), tinted glass, and vanity
mirror. These are all factory installed options, not added. The only option on this car that's not factory are
the front and rear spoilers . 99% of the parts that were replaced during restoration are NOS
parts. Everything on this car works as it should, fill it with gas and drive it.