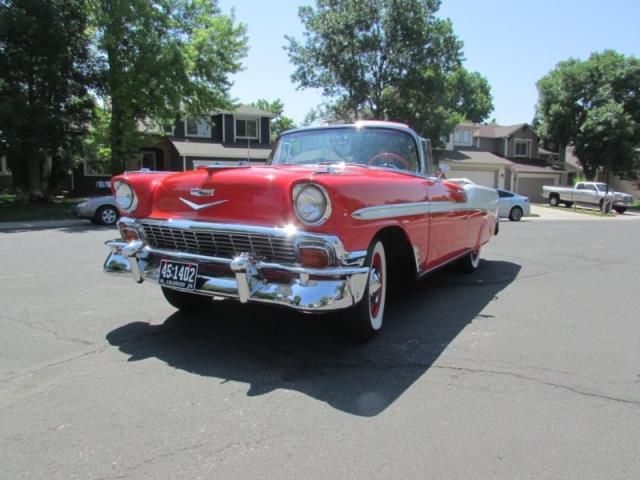 Beautiful Bel Air, with older but high-quality body-off restoration presumed to be 10-15 years ago, and stored, driven, and maintained with care ever since. Motor number is appropriate to car, but transmission has never been checked. Every effort taken to maintain originality as much as possible. Currently a weekend driver/show car in fair weather only. Powered white vinyl convertible top in same excellent shape as rest of vehicle. Professionally appraised as a # 2.5 vehicle.
Any questions don't hesitate to e-mail me : deborahx6hjackson@ukjo.com