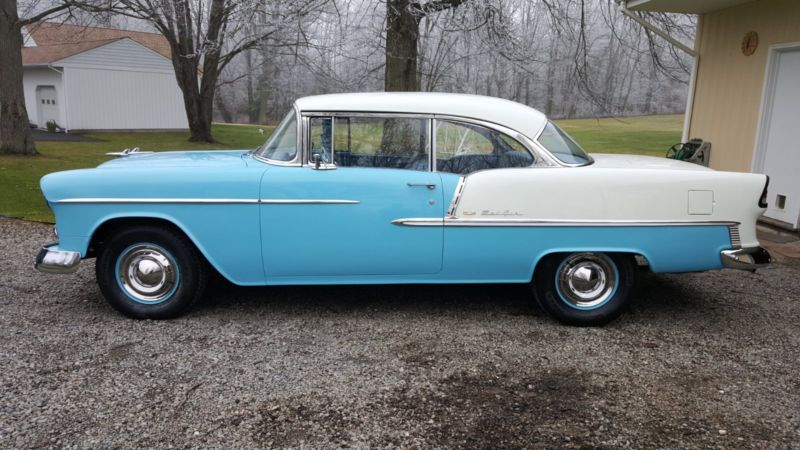 Send me an email at: asia.jumonville@openmail.cc .

This car was recently restored. The drive train is original. All gages work including clock. The radio is aftermarket Am-FM the original radio comes with car. The 55 is ready for spring car shows and cruse-ins.