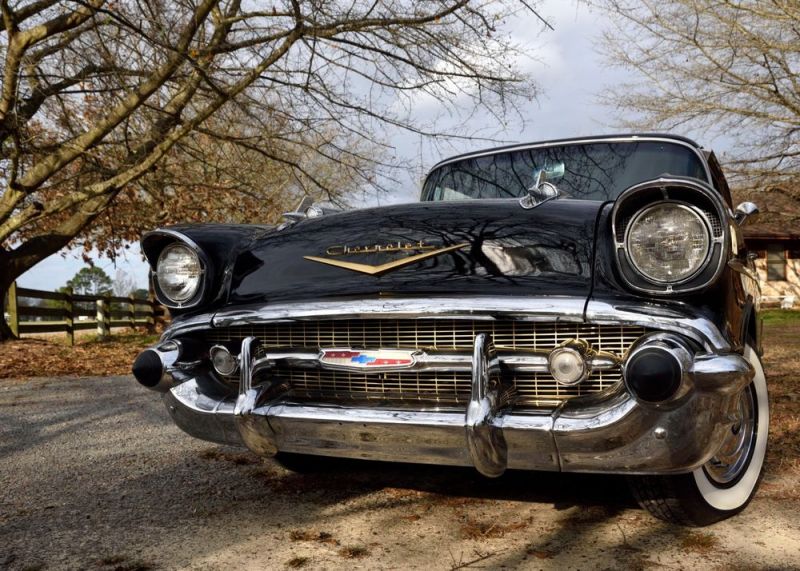 Private seller for 1957 Chevy 2 door, hardtop with automatic transmission. Black with black and silver interior.
On-frame restoration in 2003 when purchased. Rebuilt the 350 hp engine, painted the engine compartment and added
chrome bumpers. The undercarriage was repaired, cleaned and refinished. Added power steering, front disk brakes,
correct wheel covers and fender skirts. Garage stored and covered.
The body is straight and sound and she runs like a dream!