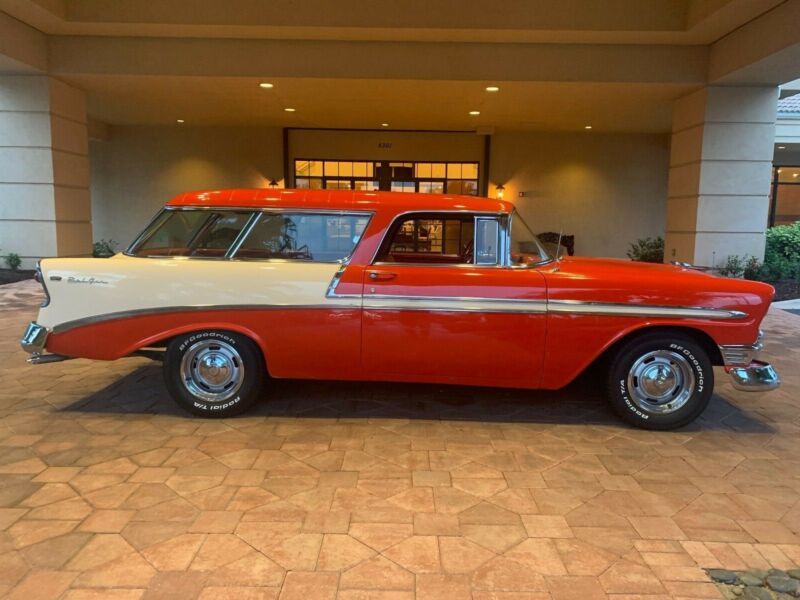 ORIGINAL V8 CAR WITH ORIGINAL MATCHING NUMBERS DRIVETRAIN AND ORIGINAL INTERIOR! VINTAGE FROST-TEMP UNDER DASH AIR
CONDITIONING!
THIS IS A SUPER DESIRABLE PIECE OF AMERICANA AND VERY HARD TO FIND!
ODOMETER READS 20340 AND CLIMBING!
STILL HAS SEVERAL WAX PENCIL MARKINGS FROM FACTORY!
HORN WORKS
ODOMETER WORKS
SPEEDOMETER WORKS
RADIO WORKS
DASH LIGHTS WORK
FUEL GAUGE WORKS
WIPERS WORK
LIGHTS AND BLINKERS WORK
I WOULD NOT BE AFRAID TO HOP IN AND DRIVE HER ACROSS THE COUNTRY!
FACTORY 265 POWERPACK 4 BARREL PURRS LIKE A KITTEN!
AUTOMATIC POWERGLIDE TRANS SHIFTS SMOOTHLY!
THIS RARE 2 DOOR WAGON HAS THE BRAKE AND FUEL LINES RUN ON THE OUTSIDE OF THE FRAME FROM THE FACTORY, WHICH IS
SUPER RARE! FROM WHAT I UNDERSTAND IT WAS ONLY DONE WITH THE 265 BLOCK.
INTERIOR FABRIC IS SOFT TO THE TOUCH AND IN EXCELLENT SHAPE!