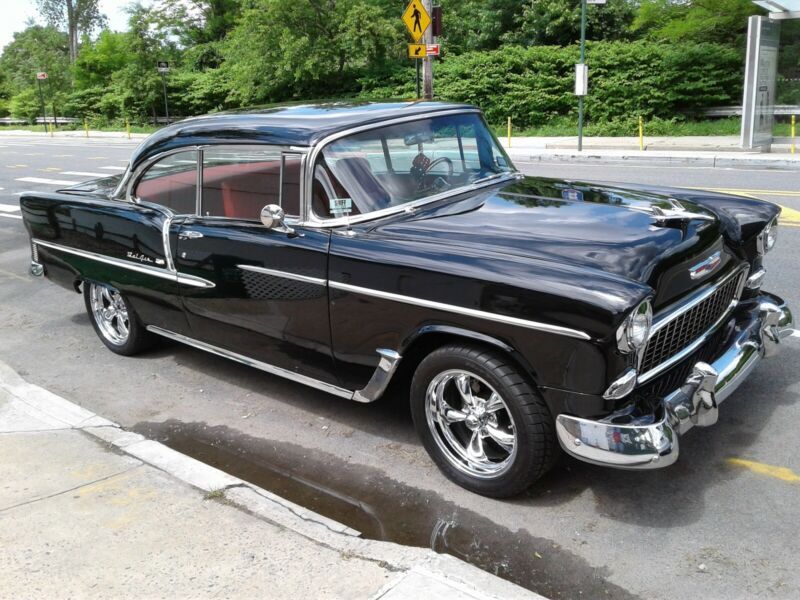 You are viewing a 1955 no post Bell air Restomod 350 v8, Auto 350 hydromatic Trans, 10 bolt rear end ,disc brakes
front + back, power steering,power brakes, power windows, A/C Tilt steering, radio installed but not hooked up.
17"Nitto tires,17"REV Chrome rims,MSD Ignition. This car came from Texas and is in mint condition as you can tell
from the pictures. Under the car is as clean as the top of the car. The car was restored from top to bottom. If you
have any other questions feel free to contact.