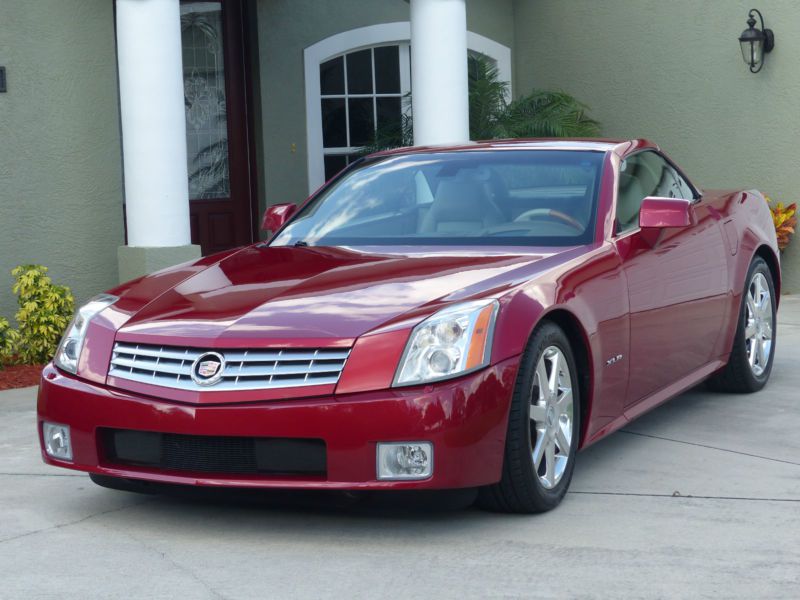 For the discriminating buyer. This XLR has been in Napes Florida most of it's life. Rare Crimson Pearl (86U) with
Shale (152) Interior. This XLR has always been garaged and is in near perfect condition. Over $76K new. Only 914
Crimson Pearl XLR were produced in 2004. With only 29K miles it has to be one of the nicest and lowest mileage cars
available and this car has been added to the Cadillac XLR registry. These Cadillacs are going up in value almost
daily. Certainly a nice car for a collector to want or just an affordable convertible that draws attention where
ever it goes. Just recently replaced the original tires. If your in the market for an XLR you owe it to yourself to
see this car. simply said, this is one of the best.