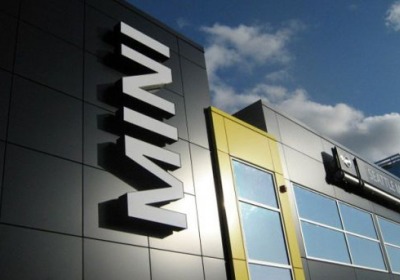 JD Power has released its annual Sales Satisfaction Index Study, and once again Mini and Lexus have taken top honors. Overall, buyers are more satisfied with the auto-buying sales experience than they were last year, with those surveyed reporting an average score of 664 points on a 1,000-point scale. That's up from 648 in 2011. Dealer satisfaction also increased by five points over last year as well.

All told, Lexus brought home an index score of 737, which was high enough to put it atop the luxury brands for the second year in a row. JD Power says Infiniti came in second in that category with a score of 728 and Cadillac rounded out the podium with it's rating of 725. Speaking of Infiniti, that brand saw the single largest jump in sales satisfaction of any brand on the survey, popping up 52 index points over 2011.

Among mass-market brands, Mini ranked highest with a score of 712, followed closely by Buick with 706 and GMC farther down the line with 683. You can check out the full press release below for more information.

WESTLAKE VILLAGE, Calif.: 28 November 2012 -- Nearly 80 percent of new-vehicle buyers use the Internet during their shopping process, among whom nearly one-third consult online ratings/review sites when selecting a dealer, according to the J.D. Power and Associates 2012 U.S. Sales Satisfaction Index (SSI) StudySM released today.

"For years, new-vehicle buyers have accessed the Internet to research model information, vehicle features, configurations and pricing," said Chris Sutton, senior director of the Automotive Retail Practice at J.D. Power and Associates. "Now, neutral online ratings/review sites are playing a key role in dealer selection. Whether the online reviews are positive or negative, they impact buyers' willingness to visit a dealer."

The study finds that new-vehicle buyers are much more inclined to use a ratings/review site than a social networking site when selecting a dealer. However, satisfaction with the dealership experience is significantly higher among new-vehicle buyers who use social networking sites than among those who consult ratings/review sites.

"That's the power of the network," said Sutton. "New-vehicle buyers are using the Internet to read the reviews and recommendations of other buyers who have experience with a particular dealer, so it would be prudent for dealers to ensure their customers have had a satisfying experience, given their influence on prospective customers."

The study is a comprehensive analysis of the new-vehicle purchase experience and measures customer satisfaction with the selling dealer (satisfaction among buyers). The study also measures satisfaction with brands and dealerships that were shopped but ultimately rejected in favor of the selling brand and dealership (satisfaction among rejecters). Among buyers, satisfaction is examined across four measures (listed in order of importance): working out the deal (17%); salesperson (13%); delivery process (11%); and facility (10%). Among rejecters, satisfaction is examined across five measures (listed in order of importance): salesperson (20%); fairness of price (12%); facility (6%); inventory (6%); and experience negotiating (5%).

Satisfaction with the selling dealer averages 776 in 2012, a five-point increase from 2011. Satisfaction improves in three of the four measures that examine satisfaction among buyers, with salesperson achieving the highest score.

Among buyers whose salesperson asked them questions to determine their vehicle needs, only 21 percent perceive some or too much pressure from dealer sales staff, compared with 32 percent among those whose salesperson did not ask questions about their needs who perceive some or too much pressure. These results indicate that customers prefer salespeople who invest the time up front to listen to them and ensure they select the right vehicle. Perceived pressure decreases when sales consultants establish a business relationship and understand customer needs.

Given the increasing complexity of technology in today's new models, there is a growing need for dealers to spend time explaining complicated audio, entertainment and navigation systems so buyers can fully utilize all the benefits these technologies offer. A majority (86%) of new-vehicle buyers indicate that the dealer staff spent "just the right amount of time" with them during the delivery process. Among the 8 percent of new-vehicle buyers who say that the dealer staff did not spend enough time at delivery, nearly three-fourths indicate they would have preferred staff to spend more time reviewing their vehicle's features and technologies, such as pairing their phone to Bluetooth or demonstrating the navigation system.

Satisfaction with the dealership where rejecters shopped but did not buy their vehicle improves to 553 in 2012, a 28-point increase from 2011, with significant improvements in each of the five measures.

Lexus ranks highest among luxury brands in satisfaction with the new-vehicle buying experience for a second consecutive year, with an index score of 737. Rankings are based on the experiences of both buyers and rejecters. Infiniti (728) and Cadillac (725) follow in the luxury segment rankings to round out the three highest-performing brands. Year-over-year sales satisfaction improves the most for Infiniti (+52 index points), moving from ranking eighth in 2011 to rank second in 2012.

For a comprehensive perspective of automotive retail trends, which was presented by John Humphrey, senior vice president of global automotive operations at J.D. Power and Associates, on Nov. 27 at the NADA/J.D. Power 2012 Western Automotive Conference, click here.

The 2012 U.S. Sales Satisfaction Index (SSI) Study is based on responses from 31,386 buyers who purchased or leased their new vehicle in May 2012. The study was fielded between August and October 2012.