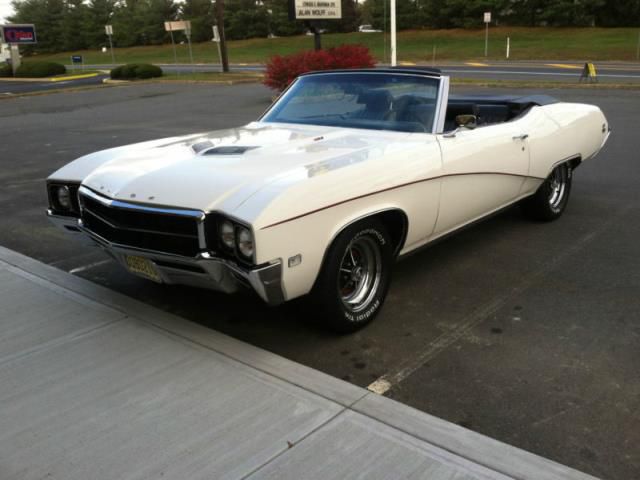 This is a beautiful and rare car. This is one of only 213 convertible 4speed GS400's built in 1969. The original build sheet (see photo) is included. The car drives and looks great! The motor is a 455 (not original). It runs strong. It's always garage kept. The convertible top was changed at some point but the convertible weather stripping is original. All of the other weather stripping has been replaced along the way. At one time or another, most parts have needed repair or replacement. Brakes, power steering pump, some wire harnesses, tires, alternator, windshield wiper motor, seat covers etc. Everything works on this car. Some parts are not from a Gran Sport. Such as the radiator shroud, overflow, windshield washer tank, interior front door panels. All the chrome is in excellent shape (no rust). There is an additional stereo system under the passenger seat that you can plug in your phone or i pod. 2 additional speakers are hidden in the front interior kick plates (air vents). The Rochester carb was just rebuilt.