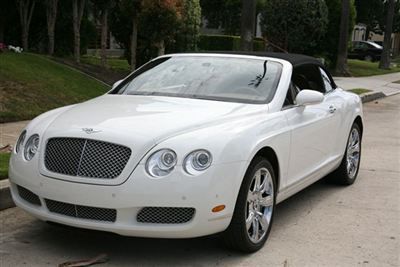 The 200 MPH Club was once populated entirely by exotic sports cars. These days it has expanded to include convertibles, sedans and even station wagons. But an SUV? Unthinkable, what with their aerodynamic profile approaching that of a barn door. Bentley, however, is out to change that with its forthcoming new sport ute.
Not only is the British automaker aiming to make its first SUV fully capable off road, it's also engineering it to be one of the fastest on the road as well. According to emerging reports coming in from the UK, Bentley is streamlining the SUV's shape with a lower roofline and reprofiled rear end and fitting it with advanced underbody aerodynamic aids in order to compensate for its over-six-foot width and get it up to the magic 200-mph mark.
Reaching out to Bentley for comment, its communications office wouldn't divulge such performance targets: "The SUV is in the engineering development stage, so unfortunately it's too soon to discuss performance figures," we were told via email. "It will of course have all the power and performance that one would expect from a Bentley!" If the information proves correct, however, at that speed, it would be able to keep pace with the faster members of the Continental family, but leave the Mulsanne flagship sedan (which is already approaching the size of an SUV) and its 185-mph top speed in the dust - not to mention the Porsche Cayenne Turbo S that is quoted at "only" 175 mph.

Only halfway through the year, Bentley reports that it's on track to post record sales. Thanks in no small part to the introduction of its new V8 engine in the Continental family, sales are up nearly a quarter over last year. And they only stand to increase even more with the introduction of new models currently in the pipeline. The upcoming SUV will surely form a large part of that, but it won't be the end of the story for the storied marque.
Car and Driver reports that, after the SUV, Bentley plans to introduce a new coupe line below the Continental to square off against the Aston Martin V8 Vantage. Details are few and far between at this point, but considering how much Bentley manages to do with the relatively heft Continental GT, a lighter and more nimble sports car sounds promising.
In related news, rumors are gathering pace that Bentley is planning to introduce a new Mulsanne Speed at the upcoming Paris Motor Show, its Jurassic-era 6.75-liter V8 massaged from 505 horsepower - already the most that engine has produced in its half-century history - up to around 550.