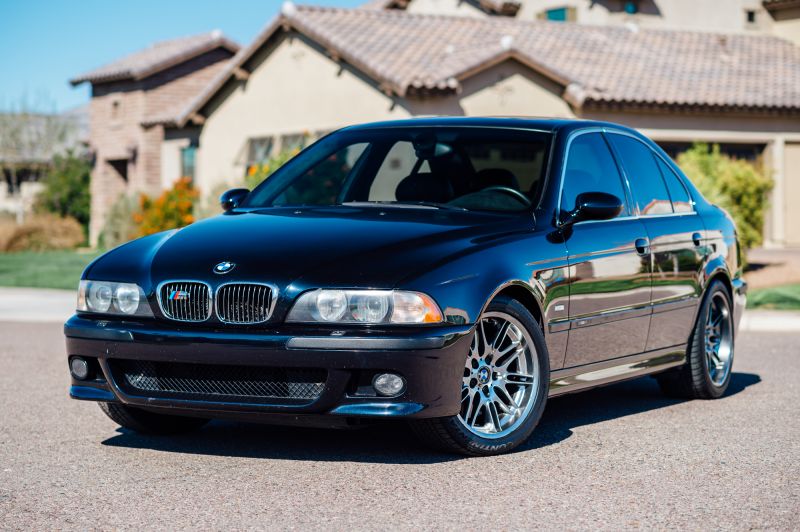 This 2000 BMW M5 has 56k miles and is finished in Carbon Black Metallic over black and Le Mans Blue leather. A 4.9-liter DOHC V8 powers the rear wheels through a six-speed manual transmission and limited-slip differential. Factory equipment includes a sunroof, automatic climate control, and a navigation sound system featuring a CD changer in the trunk. New tires were mounted all around in and service in December 2020 included installing a new ABS pump, DSC module, battery, window regulator, belts, and more.