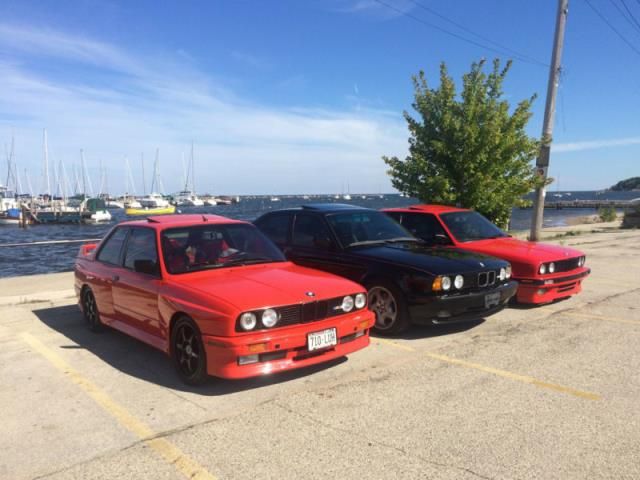 My eMail : bestrunf8474@hotmail.com Black with Black interior and grey carpet (highly sought after configuration) - Interior and exterior are in extremely good condition for its age DINAN - Bought the Dinan 3.9L Stroker engine the same year (2007) - Dinan engine was removed from an M5 with 120k on it. However, the Dinan engine only had 10k on it after Dinan did the work. - Engine came with an M3 Transmission. - Engine was installed at CS Motorsports. - Engine came with original spec sheet from Dinan which will be included. ADDITIONAL - M5 has all original parts, OEM radio with 6-CD changer, - Car was regularly maintained by Milwaukee Motorwerks and Complete Car Care. - Suspension was recently gone through and completely rebuilt in 2014 with OEM parts. - New front control arms 2015; new windshield trim replaced 2015. - Professionally tinted windows - Bentley Service Manual bible included - Sunscreen windshield/back window included - Original trunk lid tool kit with blue rag included - All new stainless steel Turner tail pipes and Super Trap muffler system ELECTRICAL - Recently had electronic completely gone through by International Autos BMW Service / ProgRama INC - New Bosch 140 amp regulator - Code Plug was ordered from Germany and installed with correct software by Dealer. - Extra Code Plug to match vehicle vin # and cluster purchased from Germany also included. EXTRAS - Car comes with an EXTRA S38 engine block with valve train, wiring harness, ECU, Intake, Headers, drive shaft, etc. Refer to pics. - Engine was running strong when it was pulled. Has 146K miles on it. - Also comes with an EXTRA original E34 M5 transmission that also has 146k on it. Refer to pics on tarp in front of red E30 ** The car has BARELY been driven since we bought it. All summer highway miles and approximatey only 1000 miles /year. Car garaged and stored each Winter. Never raced or driven hard