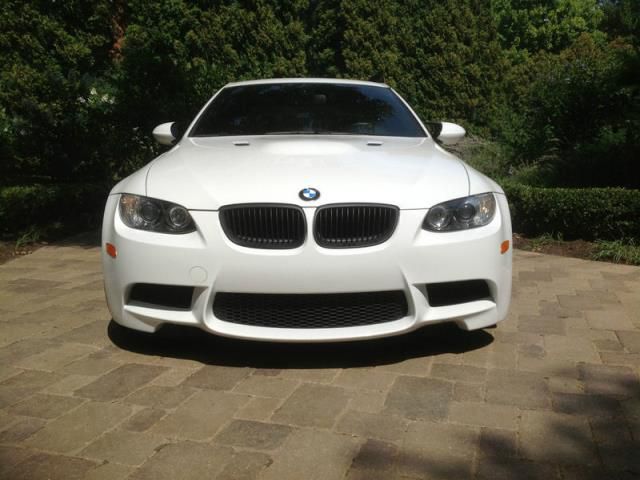 I have many extra parts for this car, inquire and I'll let you know what is still available. Carbon fiber air diffusers, Meistercraft ss exhaust, Stock tires and wheels. 100,000 mile transferrable warranty.

Another day, another new BMW spied. Sometimes it feels like Bimmer is developing so many new models that in the future, every buyer will get their own unique car. The latest one spied is the upcoming BMW X4 that was launched as a concept nearly a year ago. The Bavarians still see a need to camouflage the rear end of its prototypes, though.
As you can see, the production version is hewing very closely to the concept. If you peer around the camo, the headlights have the same shape, but the foglights are a new addition. The rear roofline seems quite similar to concept, too, but the back end is still somewhat more mysterious because the masking and dirt hide a lot. Still, it doesn't seem like the production model is going to be radically different from the concept based on the previous test cars we spied in the past. It also strikes us as very similar in size and form to the already available 3 Series Gran Turismo, with which it is expected to share a great deal.
Our wait might not be very long to see the midsize German CUV undisguised, because the X4's debut is rumored for the New York Auto Show on April 16 with a reveal as early as March 14.

After over a year of speculation, BMW is finally officially announcing that it's building a factory in Mexico. The new plant will cost the German automaker roughly $1 billion US and will have a capacity of about 150,000 vehicles a year when complete. However, production won't begin there until 2019.
The new factory is being built near the city of San Luis Potosí, Mexico, with plans to employ about 1,500 people. Unfortunately, BMW is still mum about which models it's producing south of the border. Earlier rumors indicated the possibility of the 3 Series, 1 Series and maybe even Mini models there.
BMW says Mexico's multiple free trade agreements are a major factor in the choice of location of the plant. They make it possible for the automaker to ship models more cheaply to North America, parts of South America and the European Union. "The Americas are among the most important growth markets for the BMW Group. We are continuing our strategy of 'production follows the market,'" said Harald Krueger, the board's head of production, in the company's official announcement.